Shelley Duvall hosts this star-studded series that ran from 1982-1986. Just look at some of the names that appear in the series:
Mich Jagger, Christopher Reeve, Robin Williams, Susan Sarandon, Vincent Price, Liza Minelli, Anjelica Houston, Billy Crystal, James Earl Jones... and many others.

This series is the epitome of the 80's: synthesized music, terrible effects, and dated clothing. In other words, it's everything I love.

The entire collection includes five seasons of hour long fairy tales. My favorites include Beauty and the Beast, The Little Mermaid, and the Frog Prince. Even though these gems aren't on television anymore, you can watch them for freeeeee online! SCORE.

this happy thought brought to you by camille upon the hour of 8:00 AM No comments:

Confession: Tim Burton is one of my favorite directors, and Johnny Depp is one of my favorite actors. Call me a wannabe or say I've jumped on the band wagon, but it's true. Interestingly enough, Tim Burton's latest Alice in Wonderland left me unimpressed with both of them. Tim Burton certainly let his creativity show, and Johnny Depp was satisfactory, but it was Helena Bonham Carter who stole the show. She was a brilliant Red Queen.
The story is actually quite different from the book or Disney version; in this version all of the characters in Wonderland are convinced Alice has "returned" to save them from the Red Queen. She must learn how to help them before the Frabjous Day arrives--a day prophesied to bring about the Red Queen's demise.
I saw the film in 3D on opening night with all the creepy emo children and my sister (clarification: my sister is neither emo nor creepy). The 3D was fun, but probably not worth the extra dollars.
Good: 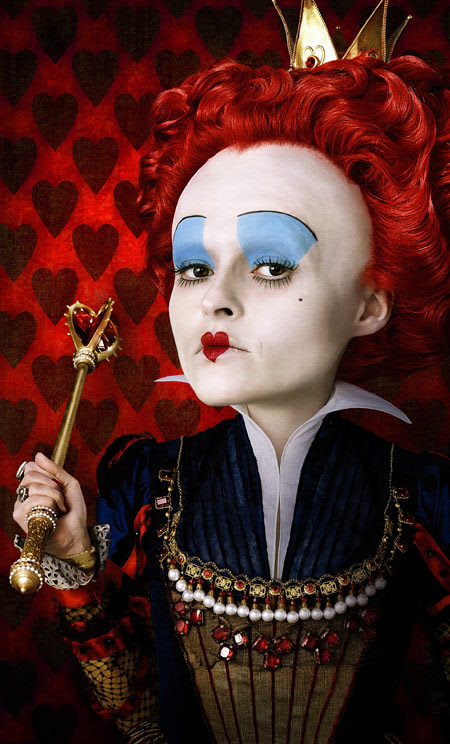 this happy thought brought to you by camille upon the hour of 1:00 PM No comments:

Raptor Island was released on television in 2004, and I discovered it on Netflix a few months ago. The plot follows a group of  American soldiers who have crash-landed on an island "somewhere in the South China Sea." Little do they know, the island is infested with vicious RAPTORS. 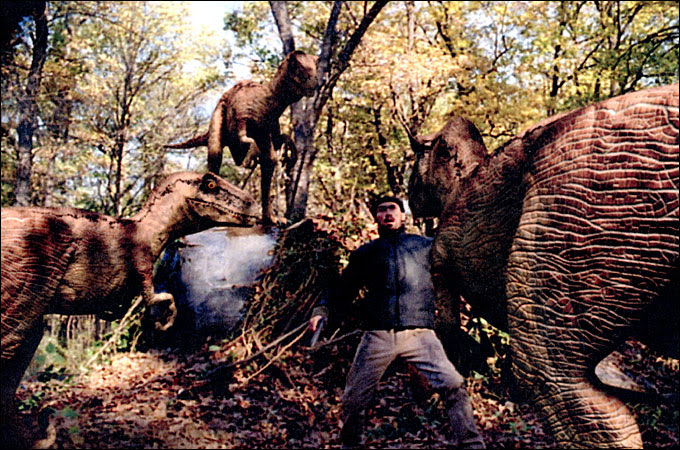 The script is awful, the actors are talentless, and the dinosaurs look like they walked out of a bad video game; the effects are truly horrible.
Best quote:

Bad guy who betrayed the others (shouting): "I should have killed you when I had the chance!"
'Hot' babe who's actually not hot at all (shouting): "Yeah you shouldv'e... But you didn't!"

spoileralert!spoileralert!spoileralert!spoileralert!
Perhaps what's even better than that quote is the ending. The soldiers are rescued by a helicopter (just in the nick of time, of course), and the last thing seen on screen are the raptors wading in the sea, following the aircraft to fetch back their escaped prey. Thus, Raptor Island 2 is born. No, I'm not even kidding. There is a sequel, and I won't see it. Unless you watch it with me.
Good:
Bad:
Rating:
1 star (I give it credit for making me laugh)

this happy thought brought to you by camille upon the hour of 9:04 AM 2 comments:

also, vote for my brothers' videos. give them five stars.

this happy thought brought to you by camille upon the hour of 9:04 AM 1 comment:

For the Kid in Me: Percy Jackson and the Olympians

Last summer I read all five Percy Jackson books by Rick Riorden. I inhaled them. They're fast-paced and simple--the type of books you read purely for plot.
Percy Jackson is a young teenage boy who is actually the son of Poseidon. He goes on quests to destroy the evil forces of mythology and to learn more about his heritage. Percy does it all. He's the type of boy every seventh grade girl falls in love with. I know when I was that age, I was just waiting for a dashing prepubescent lad to slay a minotaur and sweep me off my feet.

My favorite was book four: The Battle of the Labyrinth. Once you read the series (or at least the first book, The Lightning Thief) I suggest seeing the movie which came out in February. Come to think of it, I saw it for a Valentine's date. How romantic! The movie was super cheesy but entertaining, and Uma Thurman as Medusa was enticingly horrifying (if that's even possible).

this happy thought brought to you by camille upon the hour of 6:48 PM No comments:

we got our engagement pictures back. i look fat in all of them. why didn't anyone tell me i'm fat?
i'm going on a diet. it's called: oatmeal for breakfast, a carrot for lunch, and a piece of bread for dinner. wish me luck.


however, i thought this photo turned out quite nicely. 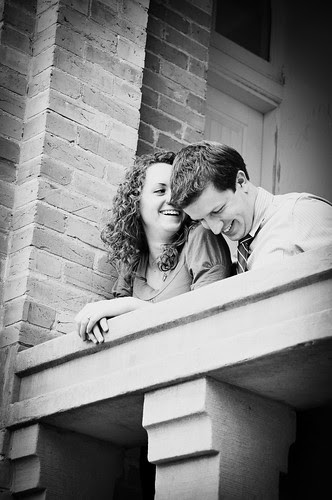 this happy thought brought to you by camille upon the hour of 8:57 AM 3 comments:

Mystery Monday: The Girl With the Dragon Tattoo

It's thrilling, fast-paced, and unpredictable. The late Stieg Larsson's The Girl with the Dragon Tattoo is today's Mystery Monday.
Caution: this book is not for the faint of heart or stomach. Larsson is brutally honest with his character's lives and gives gruesome details about murder and assault.

For those of you who can get past all that brutality... you're in for a treat.

Girl with the Dragon Tattoo takes place in Sweden and follows two main characters as they try to crack the case behind the disappearance of a girl in the 1960's. I loved the foreign language thrown in every now and then--I felt like I was constantly reading an Ikea catalog. Interestingly enough, the author died in 2004. His manuscripts were published by his girlfriend after he died. There was a Swedish film made after this book, and rumors are flying that a Hollywood film is next.

this happy thought brought to you by camille upon the hour of 9:00 AM No comments:

today i got my first manicure.
it was delightful.
i'm a terrible nail biter, so it took weeks of self-control to stop from nibbling off any whiteness. but now, all my weeks of not biting have paid off. i have pretty fingers.

but i'm starting to think that i should have gotten them teeth style. 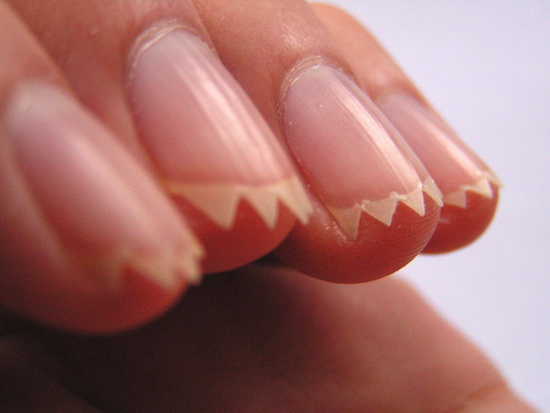 this happy thought brought to you by camille upon the hour of 10:09 PM 1 comment: 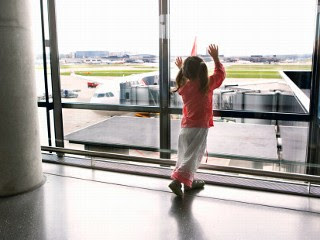 i love airports. yesterday i was in three of them. in the past eight months, i have been on a plane eight times. that's eight different airports. six of those flights were crammed within three months. i am a pro at navigating airports.
before i flew to paris last september, i hadn't been on a plane since i was five years old (except for the time i went skydiving, but that doesn't count because i jumped out of the plane). i was nervous and didn't know what to do. i called up my cousin-friend laura and told her my fears (cousin-friends are nice. you should get one).
she said, "airports aren't bad. in fact, i love them because you are always going somewhere exciting or coming back from somewhere exciting."
and just like that, i knew i would love them. and i do.
i always sit next to the window. i love to look at the clouds and imagine what it would feel like if i was a giant goddess and i could run my fingers across the fluffy things. the two coolest things i have ever seen from a plane are the grand canyon and iceland. 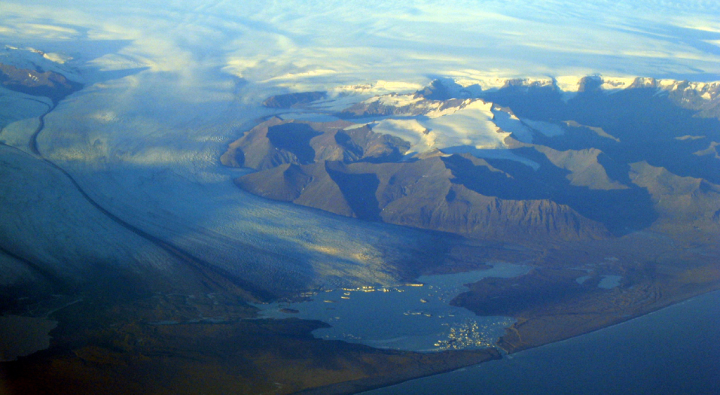 i love to fly.
this happy thought brought to you by camille upon the hour of 10:56 AM 2 comments: