last weekend i went to ireland.
let me tell you this: every stereotype you've ever heard about ireland is true.
everything is green. not just green, but an emerald city/wizard of oz green. i felt like i was visiting the shire.
every legitimate business has some sort of shamrock in their logo, and all the store's names are like "o'malley hardware shop" or "real estate by hickey o'donaghue." every other building is a pub.
everyone has an outrageous accent that i love.
the towns have crazy irish names like shannon, limerick, and tralee.
twice i witnessed men burst into song and sing me a ballad.
i ate at pubs, heard some irish folk tunes, and met awesome irish people. i also went on a 30 mile bike ride along the dingle peninsula.
basically, it changed my life. it's the best place in the world. 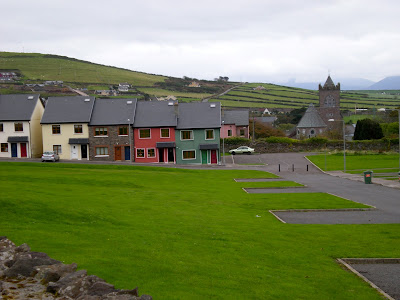 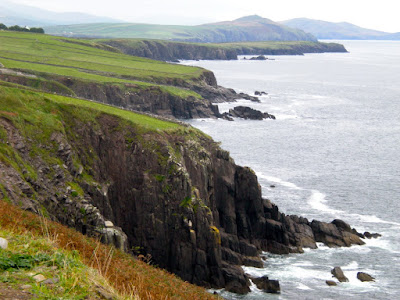 you can see more pictures here.
this happy thought brought to you by camille upon the hour of 11:12 AM 2 comments:

having left a very attractive boyfriend at home, i find myself thinking about love a lot these days. i walk through the streets of paris and see people making out left and right. PDA is not only accepted here, it's expected. ... secretly, i kind of like it.
but what i like even more is this blog post by my good friend maggie. you can find her blog here.

Then you must speak

of one that lov'd not wisely but too well...
-Othello Act 5, scene 2, 344-
I have never read Othello or seen it performed, and I hardly know the story. From what I have heard, this line doesn't make much sense in its context. Apparently a lot of people think Othello was just in major denial when he said it.
Earlier this week I was listening to my town's classical music station and a program called Exploring Music with Bill McGlaughlin was on. After a Mahler symphony {no. 1, I think}, Bill McGlaughlin commented that this piece was a love letter from Mahler to his wife, Alma. He then quoted this line of Shakespeare and it was the first time I'd heard it. I didn't know the context, so I just assumed the same meaning that McGlaughlin implied: that Mahler simply loved Alma too much, too passionately, too well.
Is it possible to love too much? I think so, and I think I do it. I love too well, and not wisely. But "well" is really not the best adverb to describe it. "Well" implies that I'm doing a good job at it, when really I'm not. I'm being very unwise. I'm too quick to love, too swayed by love, too hopelessly in love, too easily convinced that something is love.
It is confusing. Love seems like a good thing. No, it is a good thing. I don't need to love less, I just need to love better.
this happy thought brought to you by camille upon the hour of 8:44 AM 1 comment:

"There is no better proof of the effectiveness of color than the marketplace, where it is a vital key in communicating a positive, enticing and irresistible image for a product. Often called the 'silent salesperson,' color must immediately attract the consumer's eye."
-- Julie Barnett, author, "The Color of Learning"
"We live in a rainbow of chaos."
--Paul Cezanne, French Post-Impressionistic Painter this happy thought brought to you by camille upon the hour of 8:11 PM 1 comment:

i want you (she's so heavy) 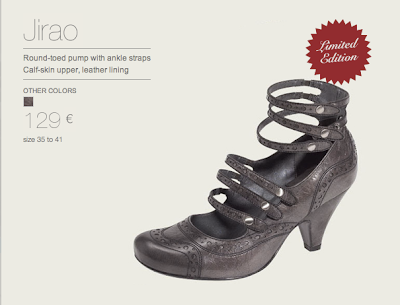 what have these fashion-forward parisians done to me?
this happy thought brought to you by camille upon the hour of 1:23 PM No comments:

a comparison:
in london, there are children everywhere. they wear school uniforms with jackets that have crests on the breast. in paris, there are more dogs than children. in fact, i think children aren't allowed in paris.
in paris, there is a loud, screeching police car (or two or three) rushing down every street. in london, i think i saw one police car the entire week.
the london underground is more claustrophobic than the paris metro, but there are guys who hand out free newspapers. I LOVE NEWSPAPERS.
british people are funny in a bitter, sarcastic sort of way. french people are much more private.
i think paris is more beautiful, but i won't doubt london has its charm.
paris is better. home sweet home (for now, anyway).
london highlights: 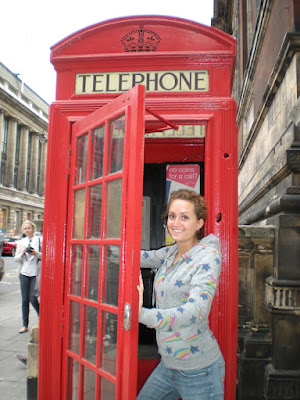 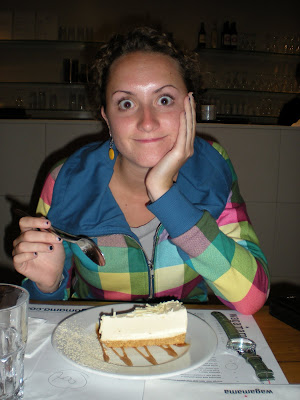 the BEST dessert i have ever had in my entire life. white chocolate ginger cheesecake with chili toffee sauce. YUM. 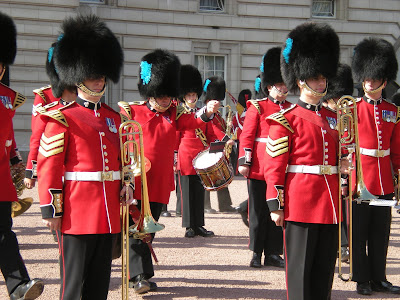 the changing of the guards at buckingham palace. they played a beatles' song. it was magical. 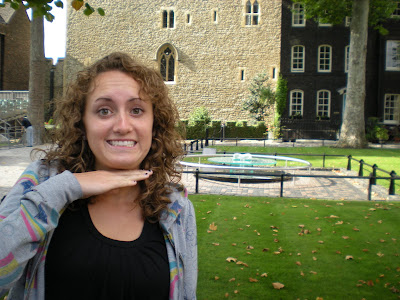 a visit to the tower of london. this is where they would chop off people's heads! 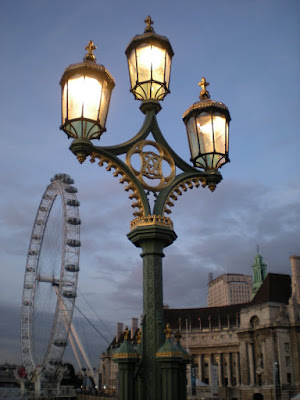 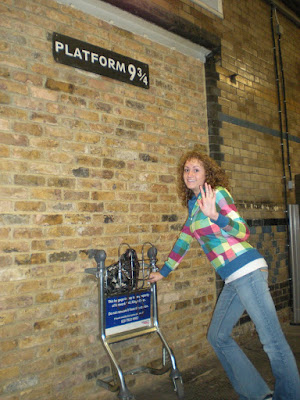 and now i'm off to hogwarts. see you later.
this happy thought brought to you by camille upon the hour of 3:56 AM 1 comment: